I had the privilege and honor to lead a group of local artists to paint the letters to "Black Lives Matter" on Plymouth Ave between Newton and Penn Avenues in north Minneapolis this past weekend!

It was a blazing' hot day with temps in the 100's but we made it happen in just 6 hours!

My letter is the "S" and I dedicated it to "Super Women of Social Justice"! I had assistance from Akshara Kulkarni and a group of Franklin students I invited to help me on this project knowing I would be getting pulled away all afternoon for being the lead artist.

This project was facilitated and funded by the Minnesota African American Heritage Museum Gallery located where the mural was created- in the heart of the historic Black neighborhood of north Minneapolis. 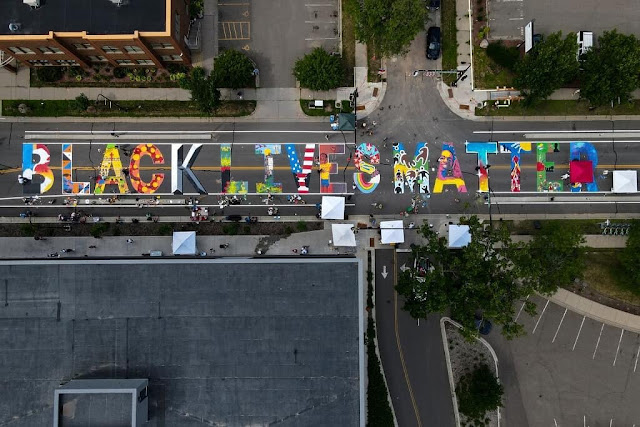 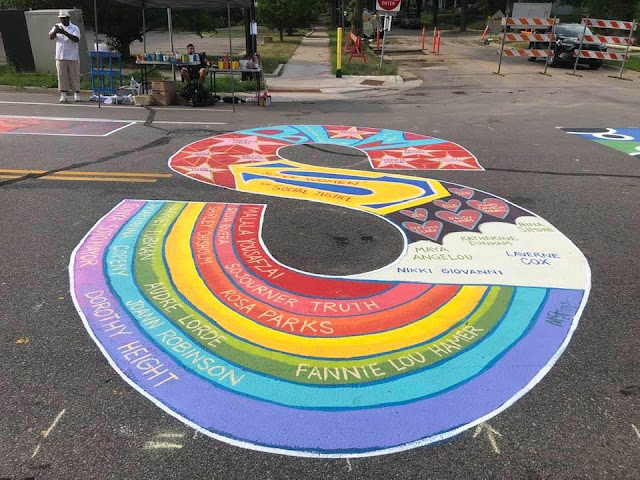 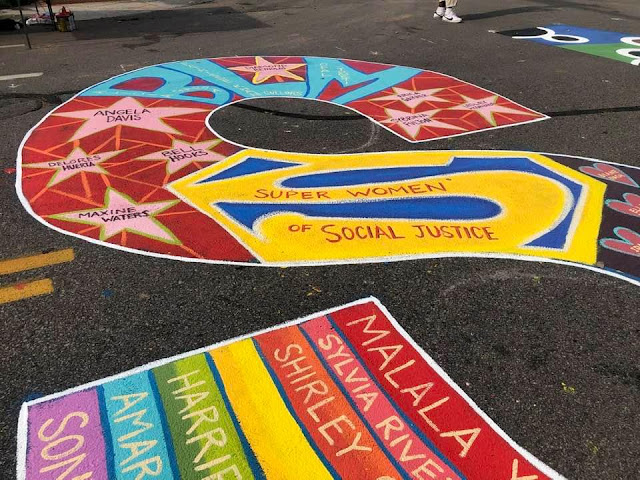 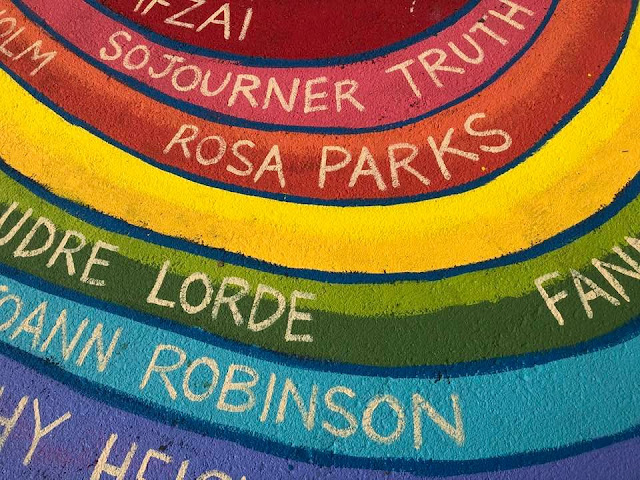 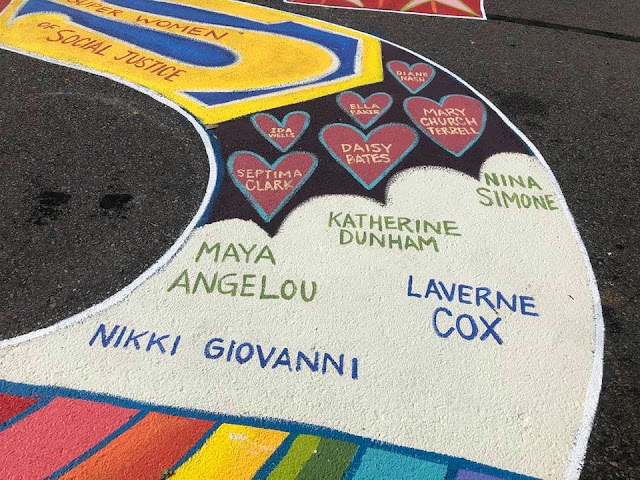 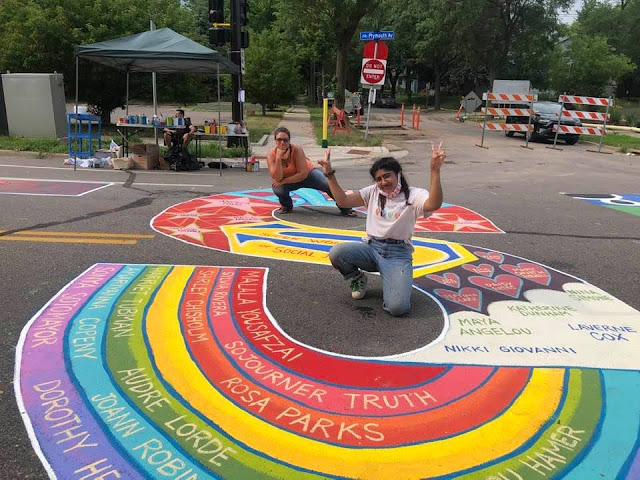 Posted by Melodee Strong at 10:22 AM No comments:

I was asked to create a billboard illustration for one of the three billboards above Cup Foods where George Floyd was murdered. I dedicated this piece to Black and Brown mothers who have lost their son's to police violence. The image was inspired by George Floyd calling out for his mama when a white police officer placed his knee on his neck for almost 9 minutes. The artwork is called "Mama". The original has been sold but prints will be available soon. The artwork should be on display until October 2020. 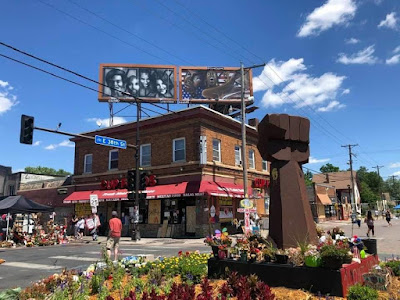 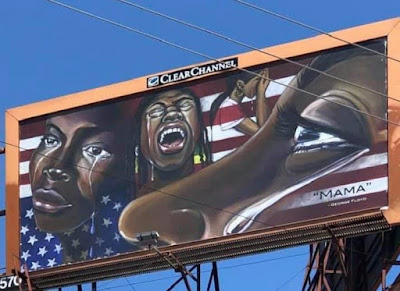 New public artwork on the Northside!

Here is the concept sketch I submitted to WBC and the City of Mpls for approval. I created the sketch in Photoshop using my Monoprice tablet. 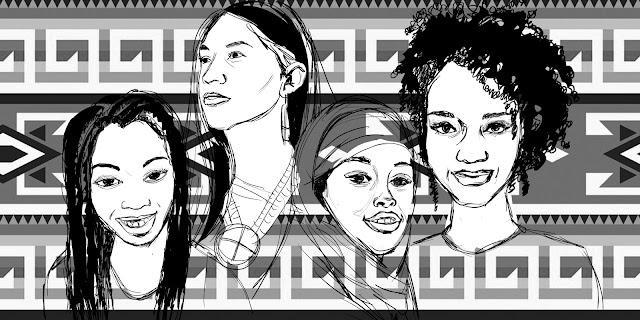 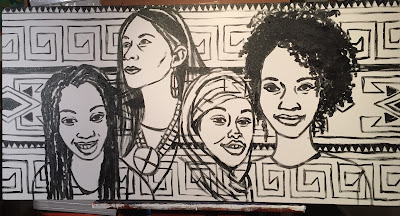 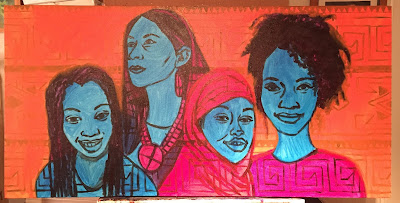 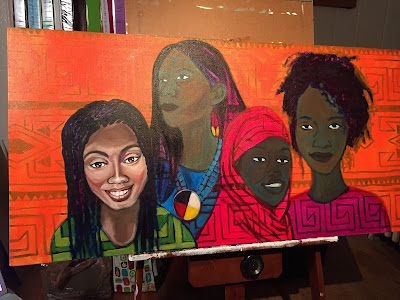 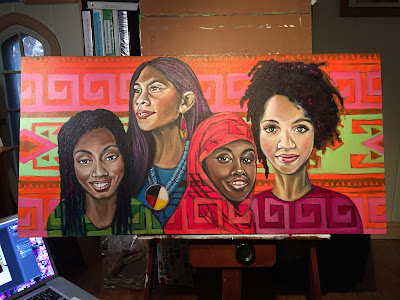 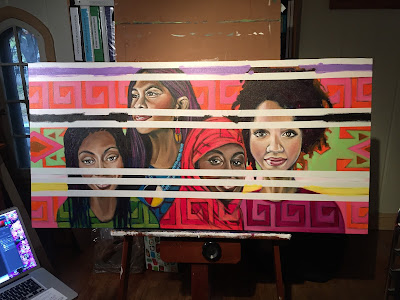 APPLIED TO THE UTILITY BOXES: 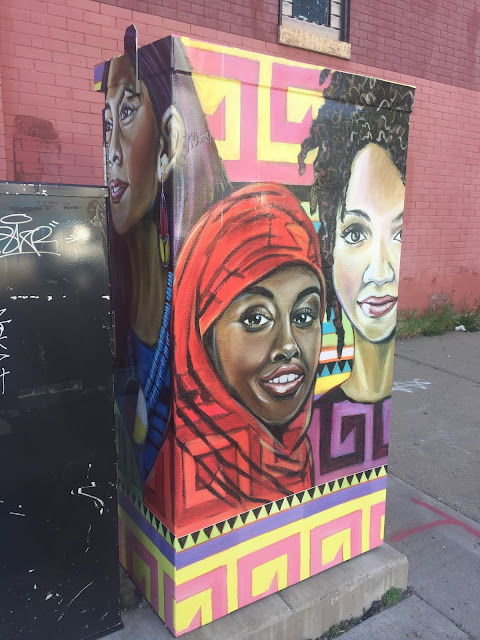 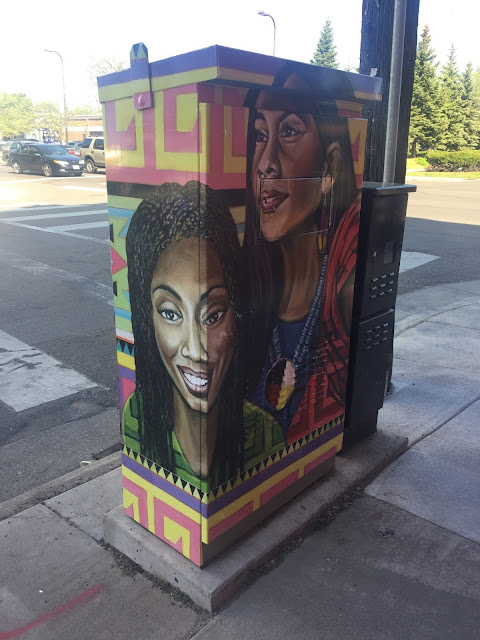 Located at the corner of Dupont and W Broadway.
There is another one located in front of the TacoBell on W Broadway.

Learning how to screen print!

As a teacher I want to learn as many processes in creating visual art as I can to better assist my students and understand what they may be doing with their work. In illustration, artists can use a variety of processes to create their final outcomes. Screen printing is one of those ways illustrators and designers produce work. I also wanted to learn so that I could apply this art form into my own practice. Its been a lot of fun learning something new and being the student again!

Here is my first screen print edition titled "Photosynthesis". Its an edition of 15 on 5"x7" American Masters paper using a 5-color process including two gradients. I was a bit ambitious with my first small edition but I wanted to challenge myself. As a class we decided on the theme "Light". Here is my artist statement for this project:

Light is a main component of photosynthesis.  Without light and water, plants wouldn’t exist. I first approached this project examining the cells of plants and microscopic images of leaves and grass. From these examinations I sketched many versions of tree leaves and manipulated photos of cells in Photoshop and Illustrator. The organic patterns within the specimens of images created interesting positive and negative compositions within themselves. Layering what I created on the computer, I began to find formal consistencies in shapes and lines. My final design consists of a microscopic cross section of a blade of grass I created in Illustrator and applied to the background and then layered with hand drawings of leaves from my sketchbook.

My color palette is influenced by vintage seed package design. I wanted a connection to plants without relying solely on the color green. Through my study of seed packaging I found a blue color that I felt symbolized the connection to water, another important attribute in Photosynthesis. My research also included an examination of screen prints from Japanese Avant-garde poster design. 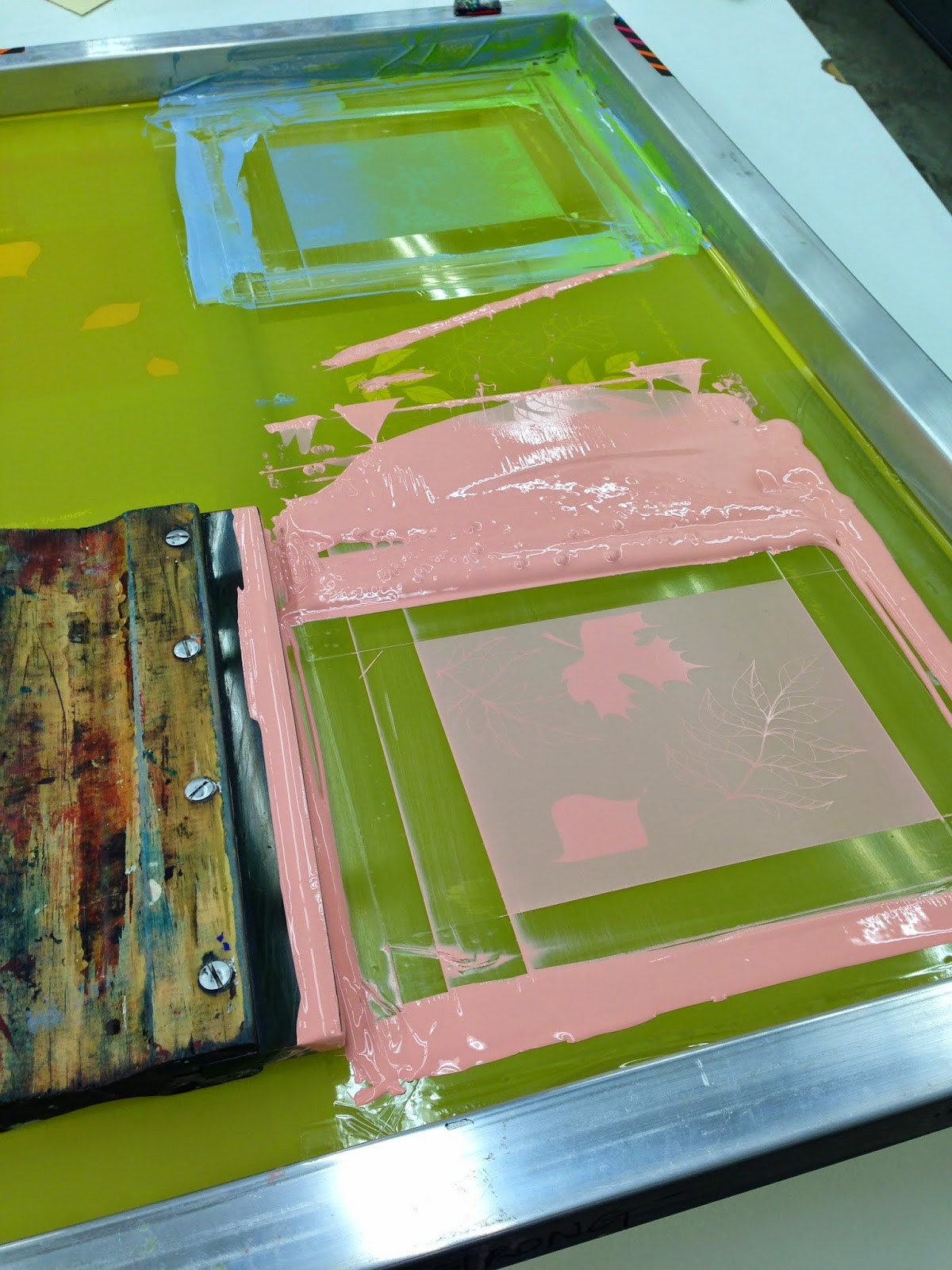 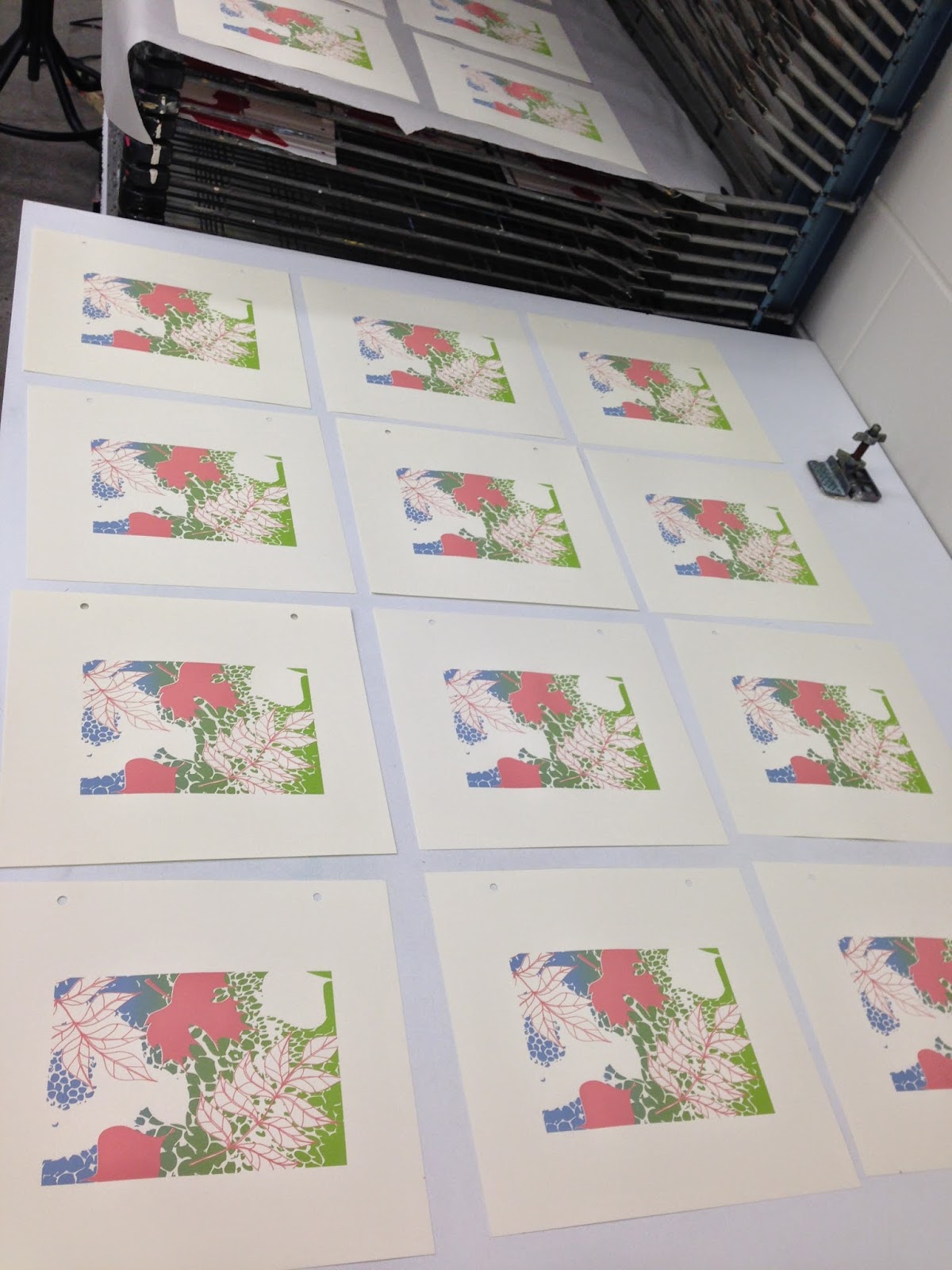 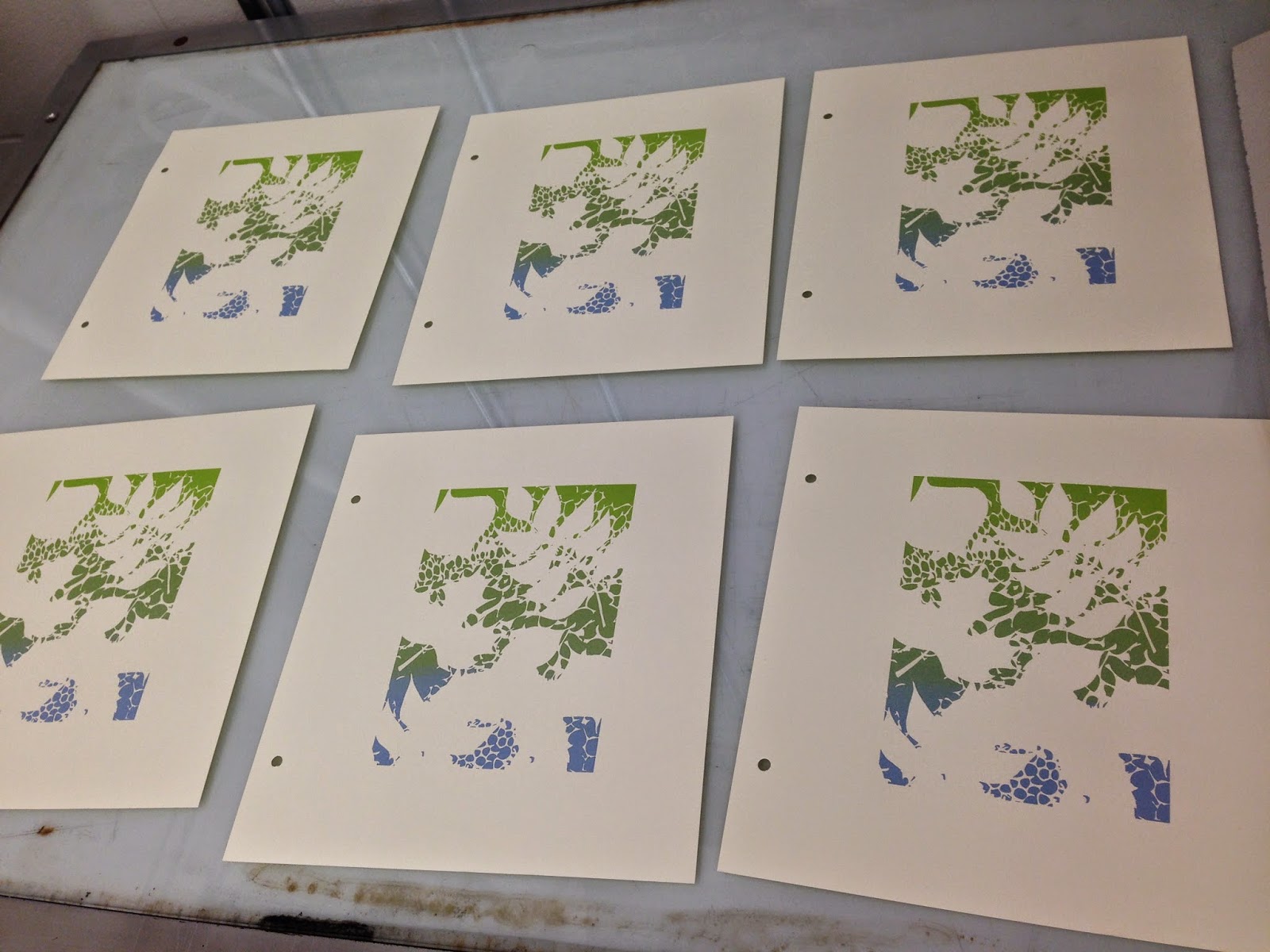 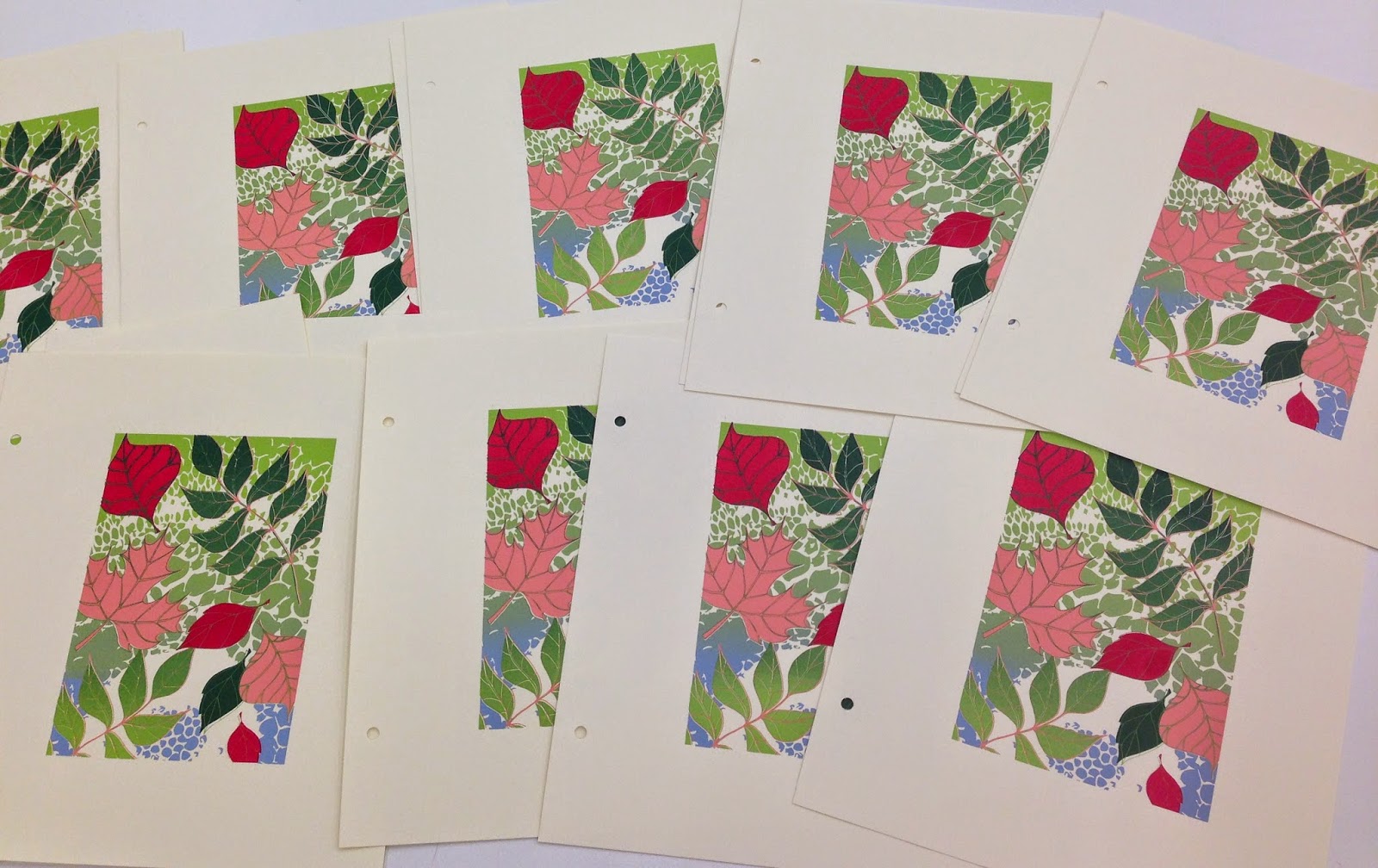 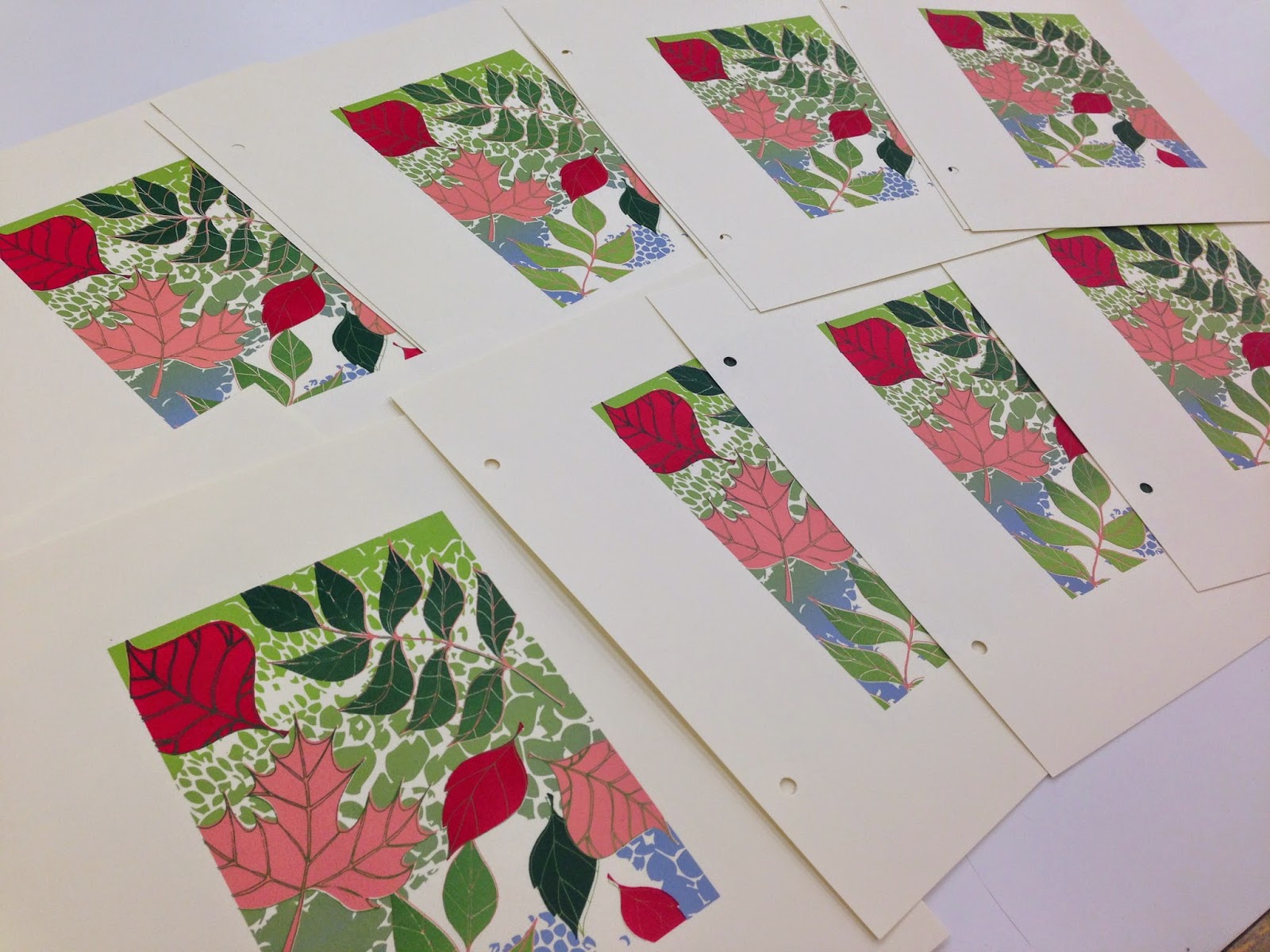 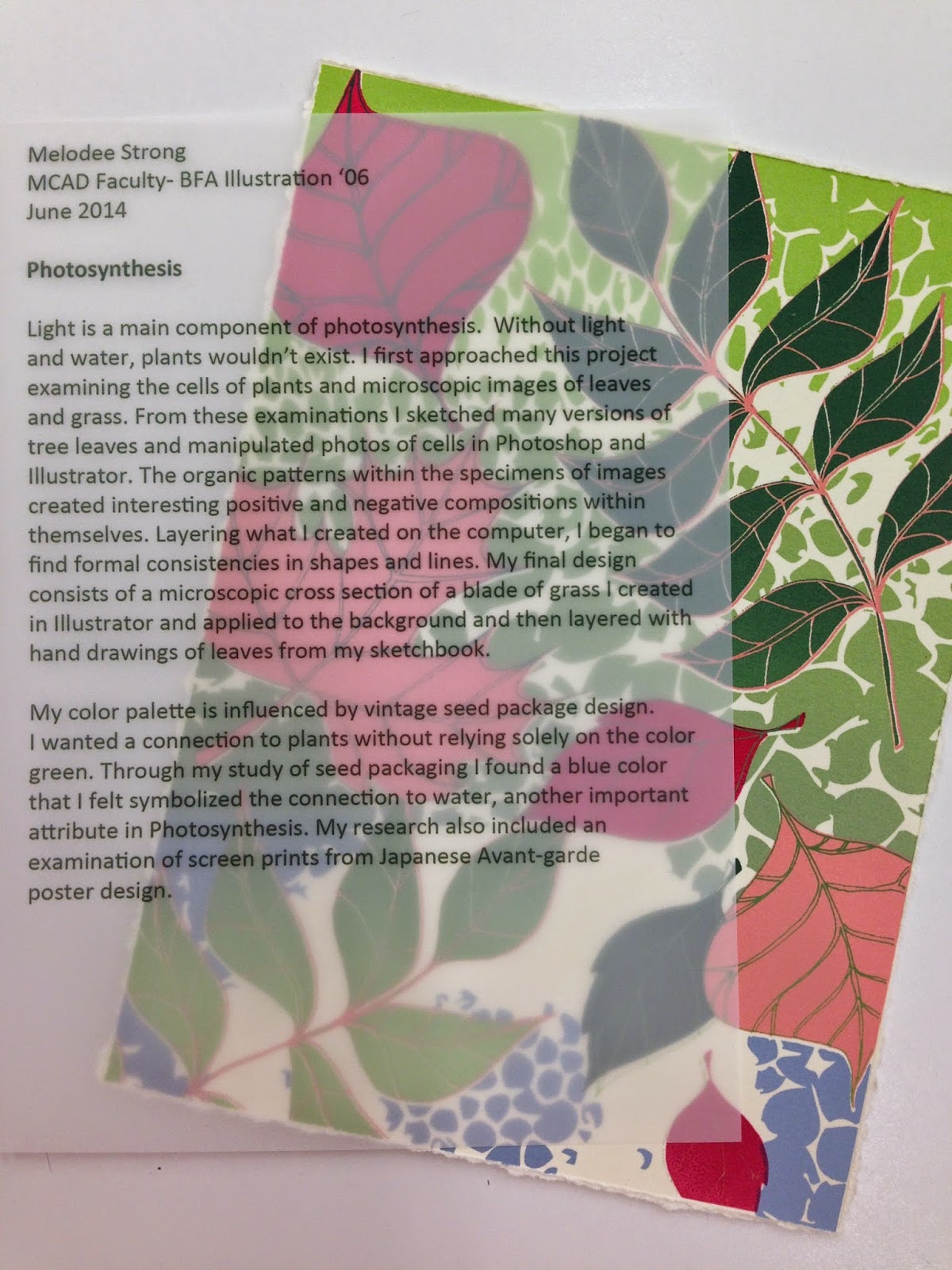 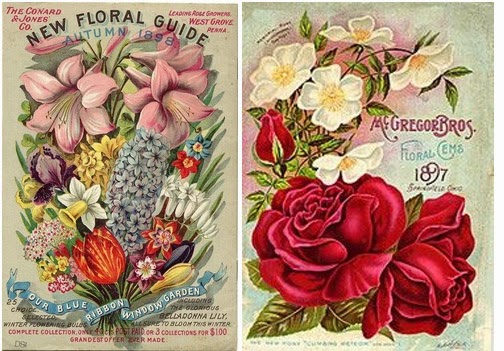 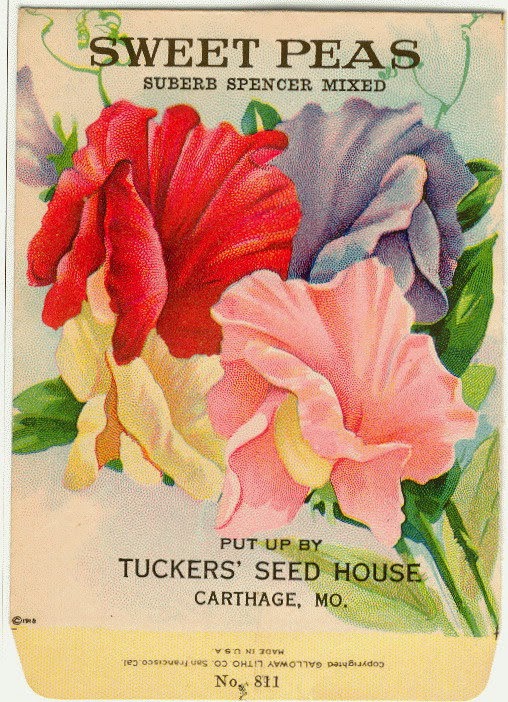 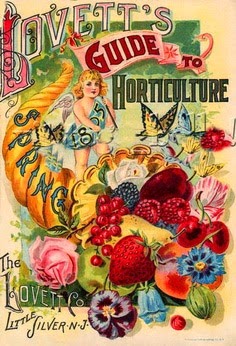 Here is a new piece I completed in May for the "Fight Like a Mother" show at the Colorwheel Gallery in South Minneapolis. Its called "Motherhood" and its painted with acrylic, gouache, and ink on wood panel. 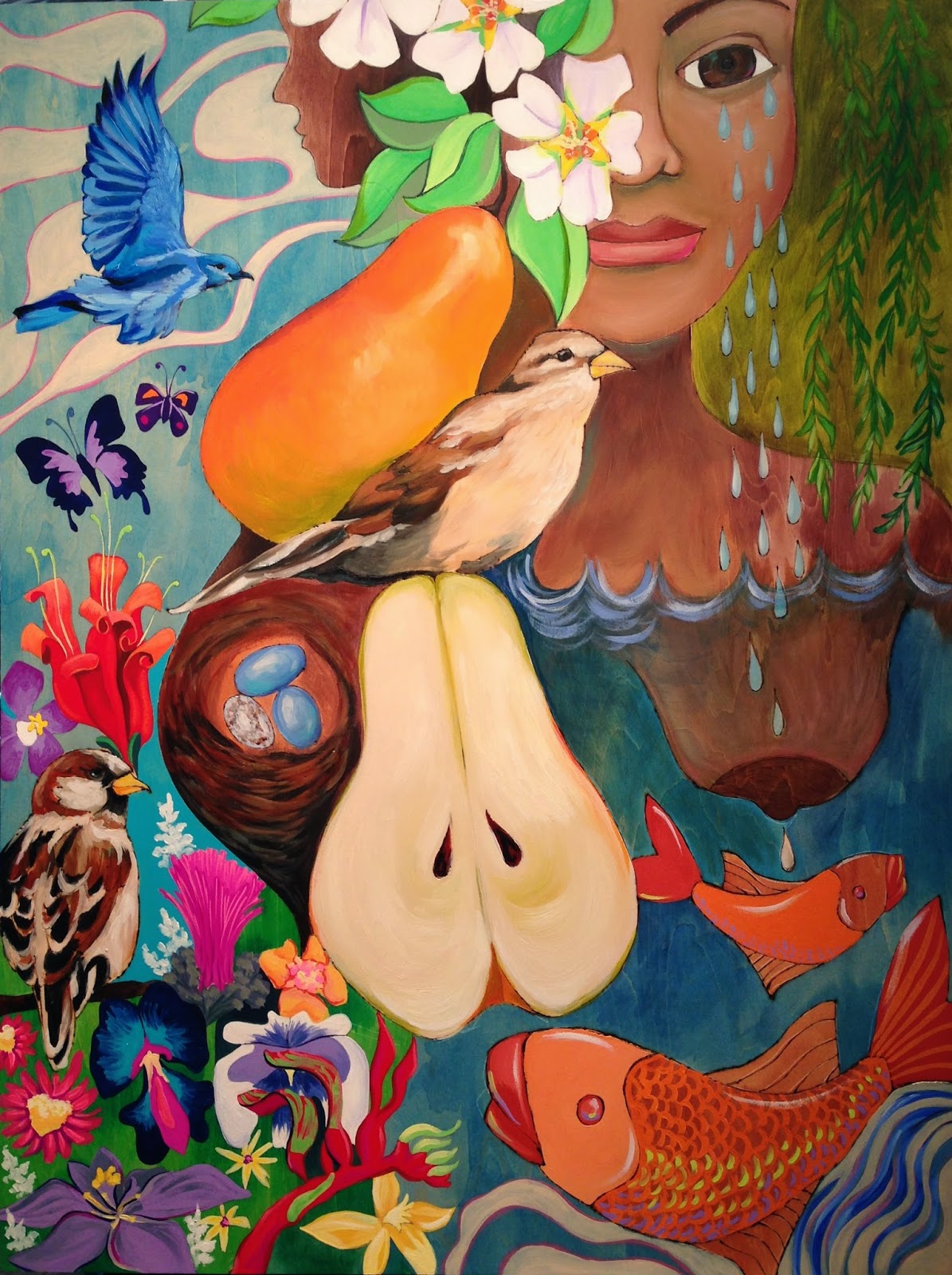 Posted by Melodee Strong at 1:40 PM No comments:

I have been selected to represent Northside arts in the upcoming show at Homewood Studios in North Minneapolis called Northside Noir. The artwork I have submitted into the show has been directly influenced by North Minneapolis- where I live and work. Please mark your calendars and join me for the opening reception on April 18 from 6-9pm and for the artist talk scheduled on April 22 at 7pm! For more information please visit the Homewood Studios website here!

The work presented below are the pieces that were selected to be in the show plus one new piece I am currently working on. All these pieces were inspired by the Northside- even my children's book illustrations!

We're installing the show tonight at the Hennepin Gallery and here is a snapshot of one of my paintings that will be in the exhibit. I just finished it last night! 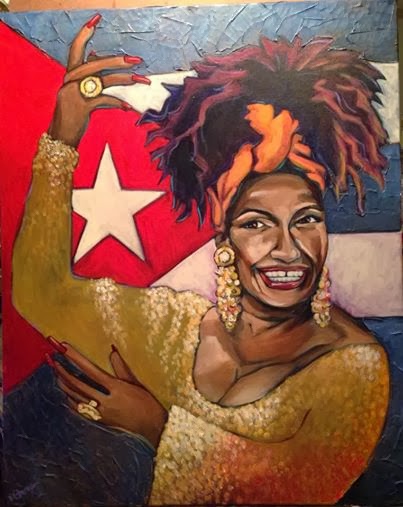 Latin and Jazz music has always influenced my work. Like many artists before me, music inspires my color palette, mark making, and formal decisions within my compositions. It helps me determine a rhythm and energy in my work. My paintbrush becomes a catalyst for the sound being stimulated through me on to my canvas. Latin music and Jazz are embedded in my spirit. It’s just as much a part of my process as are my imaginations and observations. It allows me to articulate what my paint wants to say. What my soul needs to convey.

I choose two musical artists, Louis Armstrong and Celia Cruz, as subject for my work presented in “Remembering Our Leaders”. I felt it was appropriate to paint both of them for Black History Month because I feel they have paved the way for other artists preceding them. Both iconic, they have each created an original and distinctive sound within their genres.

Exiled and never able to return to her native country, Cuba, the Queen of Salsa will always remain in my heart and those of the people who also felt her music. Celia Cruz was a female pioneer in Latin music with a strong voice and a larger then life style. Her costumes and hair were as colorful as a Stuart Davis painting. Notorious for her tag line “Azucar” (meaning “sugar” in Spanish), she once joked to her audience that she was going to stop saying it so much to avoid giving her fans diabetes. As Marvette Perez, curator of Latino history and culture for the National Museum of American History in Washington, D.C. described, “It served Cruz as a ‘battle cry’ and an allusion to African slaves who worked Cuba's sugar plantations”. She was passionate and embodied the essence of her country. Celia was, and still is, the voice of Cuba.
Posted by Melodee Strong at 9:56 AM 4 comments:

Melodee Strong
I received my Bachelor of Fine Arts degree from the Minneapolis College of Art and Design in Illustration. I work as a freelance illustrator, muralist, and instructor at the Minneapolis College of Art and Design. I have participated in many gallery exhibitions, book readings, as well as presented to an array of audiences throughout my career, including Target’s Children’s Book Festivals in Minneapolis, Los Angeles, New York, and Boston. My illustrations have received awards from the Society of Illustrators Los Angeles and Society of Illustrators New York and I have received Teacher’s Choice, Mom’s Choice, and Moonbeam Awards for my illustrations in children’s books.